A Moment Of Clarity That Changes Your Life: Trish Hammond – This Is My Story

If you survey a group of people who have transformed their bodies, they’ll all have something in common. That ‘something’ is a moment of clarity when they decided enough was enough. A moment when they began their journey of change. For me, it was when I stepped on the bathroom scales and was shocked by the number at my feet. I was 119kg (260lbs) and deeply unhappy with my reflection in the mirror.

I vowed to lose weight and make sustainable changes to my eating habits such as cooking more at home, consuming smaller portions and moderating my alcohol intake (note, I said ‘moderating’ – a girl can’t live on water alone). 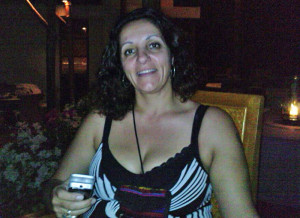 That was more than 16 years ago, and it hasn’t always been smooth sailing. There were times when I felt like quitting. I had many ups and downs, tried many different diets. I even gained 18kg in six weeks after a knee injury I sustained during a yoga class. I was devastated and in utter despair I booked myself in for lapband surgery.

Slowly but surely, the number on the scale dropped. There was no magic potion, crash diet or 12-week challenge that miraculously shot me into a healthy weight range. It took persistence and an entire change of mindset that eventually had me feeling in control of what and how much I consumed.

It wasn’t until I had the lap band that I truly discovered how to eat properly. I like to call it ‘forced behaviour modification’. You HAVE to chew your food properly, you HAVE to eat slowly.

It did cause a few problems though, and after nearly 5 years, I’ve made the hard decision to have the lapband removed.

I’m just over 50 now and I’ve lost just over 50kg. My relationship with food is healthy and so am I. Never healthier, in fact.

But weight loss was just the beginning of my commitment to self-improvement.

I’ve undergone several cosmetic surgery procedures – none of which have been based on a shallow obsession with beauty.

Surgery has complemented the changes to my physical health, and brought about by weight loss. It has resulted in massive improvements to my emotional and psychological wellbeing. 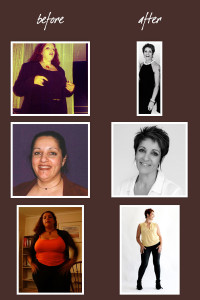 The first procedure I had was a rhinoplasty in 1997. I’d had issues with my nose since I was a child. I was always being teased about how big it was and for its ‘Roman’ look. I used to lie on my bed as a teenager and push my nose upwards and hold it there for 2-3 hours. Then I’d go to the mirror and take my finger off my nose and I’d be absolutely overjoyed because I’d achieved the upturned tip “aussie nose” that I wanted so badly. Only to have it miraculously disappear before my eyes only moments later! The rhinoplasty was simple and subtle. No one could quite tell what had changed, yet everyone said I looked good. I was instantly happier.

My second procedure was abdominoplasty after the birth of my second child (who is now 18 years old). I’d put on 20kg during the pregnancy and was left with a big pocket of loose skin after my baby was born. I can’t explain how this pocket of creepy excess skin made me feel. I know it’s ‘normal’ but my self-esteem was below zero at this point. I can understand the despair felt by some women. Well, yes, that was me. I couldn’t bear to look at myself or touch it. I was repulsed by the look of my stomach and extremely stressed about it. Looking back, I can’t believe how disgusted I was, but it was serious repulsion and it knocked my self-esteem much more than I ever expected something could. That’s really how I felt. Sad, but true! It doesn’t happen to everyone and I didn’t expect it.

After the abdominoplasty I sobbed with happiness. It wasn’t just body-changing, it was life-changing. I can remember the moment when my binder was removed and I actually got to look at my belly. And it was easy. I took two weeks off work (I had an office job in the public service) and had no problems recovering at all. I still remember for such a long time after the abdominoplasty feeling like a part of me was gone, it felt weird.

But that wasn’t the most significant procedure I’ve undergone. My breast lift and reduction was one of the best things I’ve ever done.

My mother had large breasts and I grew up hating the constant attention she got. She hated it too. As I reached puberty, it became apparent I’d inherited my mum’s big boobs & big booty. I spent most of my teenage years and 20s hiding my body under large t-shirts with high collars. At the age of 14 I had huge stretch marks on the sides of my breasts because they grew so huge so quickly.

Mum never had surgery and as she got older her breasts grew even bigger. They were so cumbersome for her, she was only 4 foot 10 inches tall and the first thing you noticed about her were her massive breasts. I vowed to myself I didn’t want to repeat her experience. 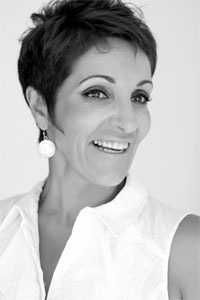 Weight loss made little difference. I was popping out of a 14DD bra, but it was all skin and my nipples actually reached my belly button. They’d turned into what is commonly known as ‘pendulum’ breasts.

My partner loved my body, dangly boobs and all, but I didn’t want to change for him. I wanted to change for myself. I met with a surgeon four years prior to having the procedure and spent those 4 years losing more weight, saving money and building up the courage.

The aftermath wasn’t as easy as my previous procedures. It took close to six months to fully recover (it usually takes 4-6 weeks). But, here I am three years post-recovery and I wouldn’t change a thing. I only wish Mum could’ve experienced what it’s like to have had a breast reduction. Her last years probably would have been a lot different.