How Big is Big Enough?

“At the time I was a bit naïve, I didn’t think there was much difference between a cosmetic surgeon and a plastic surgeon – and if I had 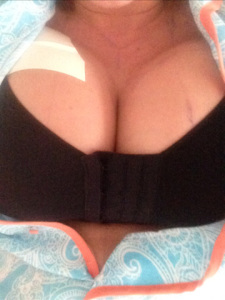 known it would have saved a lot of headache”. Explains Jess.

“This first surgeon I went to was really, really crap – one of my boobs was a lot higher than the other one and the other one had deflated. So obviously he had to do another surgery, but after that they still just didn’t look right. One was still way higher and this surgeon kept telling me – “they’re not twins, they’re sisters” but they were very far off from even being sisters. Now looking back at the photos- they were terrible. By about 2cm my right one was higher, and the boob was just a really odd shape.”

So 1 year later Jess went back to the same surgeon and decided to give him another chance because she wanted to go bigger any way. She had 675 cc implanted which took her to an E cup.

“I went back and said I need them bigger and I needed them fixed”.

But this time things weren’t any better as the implant failed to drop.

Now at 25 Jess wanted to go bigger again and have them fixed. So she did her research this time and headed to Dr. Eddy Dona’s office at Bella Vista in Sydney.

Leading up to the surgery Jess confesses that she was quite scared about having to be sedated during the operation as her previous op’s were completed whilst she was awake.

“You’re only scared of what you don’t know.” Jess confessed.

“When they walked me into theatre I was bawling my eyes out – I was terrified. But then they gave me the anaesthetic and I was fine.” Explains Jess.

As for her new boobs – she couldn’t be happier.

“They are incredible now. I am so pleased with them. The nipples are in the same spot they look like how they should have always looked. They look amazing.” 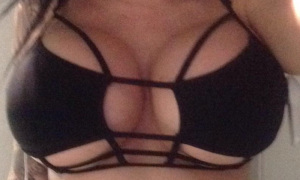 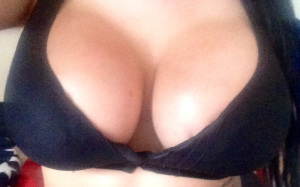 With this surgery Jess went up to 1000cc implant and she is now a size F or G but will find out the correct size in a few weeks when she has fully recovered and the swelling has gone down.

“I’ve always wanted really big boobs, I think once you start (breast augmentation) you get a bit boob greedy. You just want more and more.”

And as for the recovery everything is going great. Jess just had the plaster taken off her nose and the nurse has told her it is healing perfectly.

“I was really shocked at first when I saw my new nose, because it completely changes the look of your face”. Explained Jess.

“Even my partner said – you look like a completely different person. I had a real Roman nose and now his (Dr. Eddy Dona) completely made it different, my nose is smaller and cute and I absolutely love what he has done.”

Jess says she has always loved big boobs and would definitely go bigger again if she could but she can’t and her mum has already made her promise she wouldn’t.

“I am happy with them now though, I really do love them. But anyone looking to go in for this operation I would advise; number one – do your research.” Jess said.

“When I first decided on getting a boob job I literally went to the first surgeon that come up when I looked on google. I seriously had no idea what I was doing and one to two weeks later I had the surgery.”

“And from what I know now I would never go overseas. I had all my procedures done in Australia but look what I still went through. Imagine being in a strange country trying to deal with those problems?”