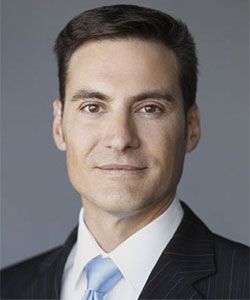 Dr Jayson Oates FRACS was the youngest Fellow ever admitted to the Royal Australian College of Surgeons in ENT (Ear Nose & Throat) and is considered one of Australia’s premier facial plastic surgeons. So, how did he end up with one of the world’s largest practices in injectable penis enlargement?

Dr Oates says that after a year of training with international cosmetic surgeons, he returned to his hometown of Perth, WA in 1999 and decided to open his own cosmetic practice. In addition to performing facelifts and nose jobs he discovered a hugely increasing demand for cosmetic injectables. He says, “Over the next 15yrs, I performed thousands of facial cosmetic injectable procedures. This quickly extended beyond the usual lips and cheeks to include chins, jaws, temples, eyes, foreheads, noses, hands… the list goes on.”

Dr Oates also says he would have the occasional male patient asking about options for penis enlargement. He initially researched the surgical options but came to the conclusion that they were too invasive and risky and didn’t feel comfortable performing the procedure. So Dr Oates started thinking about the non-surgical options. “This got me thinking about the use of cosmetic injectables, which can be performed as an in-clinic patient, without sedation and with minimal downtime. I had lots of experience using different dermal fillers but wasn’t sure how these would respond in penile tissue. Free fat transfer seemed like a possible option, but turned out to have a poor reputation and the only person I had seen with it had a terrible infection. I had already decided against using any permanent fillers in the face as they can lead to permanent problems and we still don’t know what they are going to do in 10, 20… 50yrs.

In the end, I decided that if I was going to offer penis enlargement using dermal fillers, it had to be the safest product I could find. This lead me to Hyaluronic Acid (HA) fillers. They had been around since 2000 with a fairly good safety profile, when used by an experienced injector, and could be quickly dissolved in the event of any complications.”

Over the next three years, Dr Oates and his medical team trialled numerous HAs and refined their injectable technique, which produces consistently good results, and called the procedure CALIBRE. CALIBRE is a painless, 1 hour safe procedure with no down time. Dr Oates says, “CALIBRE is primarily designed to increase penile girth and most patients can achieve 1” (2.5cm) increase in flaccid shaft circumference and 0.5”-0.7” (1.2cm – 1.8cm) increase in erect circumference, which lasts for up to 2 years. As you can see from the CALIBRE Gallery, dermal filler makes a noticeable difference for the patient (and their partner). What we didn’t expect is that CALIBRE also tends to increase flaccid length due to the additional weight, more noticeable for guys who have a lot of “shrinkage”.”

For many men, penis size is a sensitive issue leading to embarrassment, insecurity and can limit their sex life. Dr Oates says, “The most difficult thing is getting over the embarrassment or shyness of coming in for a consultation. Once you meet with one of our CALIBRE doctors, who are all male, you will find it very easy to discuss your concerns and know that you are receiving the best advice from experts in medical male enhancement.”

Whilst he didn’t plan on becoming somewhat of a “penile expert”, Dr Oates is quickly becoming renowned as one. The CALIBRE procedure is currently available at Academy Clinics located in Crows Nest NSW and Subiaco, WA. Please call 1300 105 505 or email enquiries@academylc.com for more details or visit http://www.academyfaceandbody.com.au/procedures/intimate-procedures/injectable-penis-enlargement/