I recently spent a couple of weeks in New York city and along with the amazing shopping, food and drinks was my consultation with Dr. Michael Kane MD from www.kaneplasticsurgery.com

I was very excited to have this consultation, as I had recently heard Dr Kane speak at the ASAPS 2013 non-surgical symposium and so knew him to be a true master of his craft. With my 50th birthday looming, I was interested in having a ‘freshen up’ and just some professional guidance for my facial appearance in the coming years. I invited my husband to come along with me too (this was a brave feat in itself for me!).

I arrived at Dr Kane’s clinic early for my appointment and was greeted by the receptionist and given a form to complete. I found a plethora of reading information in the waiting room, so I immersed myself within seconds of arriving checking out all the mags and procedures on offer. Loved Dr Kane’s book on “Anti-wrinkle injections” which was written many years ago, way before it was commonly known or as fashionable.

“What troubles you?” Dr. Kane said handing me a mirror. 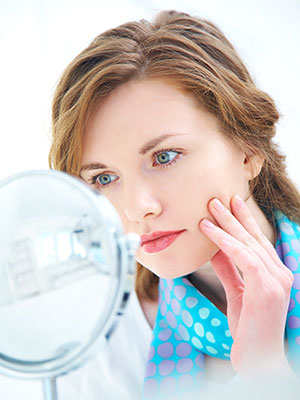 “Crows feet, light wrinkling across the forehead and mainly my chin and neck area.” I answered.

He then asked me about my medical history. Whether I’d had any fillers and Anti-Wrinkle Injections, surgery or allergies.

At this point Dr Kane explained that wrinkles don’t necessarily indicate age, and he gave the story of the cocktail party; If you were standing at a cocktail party and looking at somebody across the room, the thing that would enable you to predict their age to within a few years would be the shape of their face, not the amount of wrinkles. When a face ages, it loses fat from certain areas, making the face more ‘boxed’ or as I suggested ‘more masculine like’.

I went on to explain that I had previously had some “Anti-Wrinkle Injections” above my brows in my forehead area previously and that something had caused my brow area to drop. Dr Kane explained that this might have been a result of too much muscle relaxation in the muscles that hold up the eyebrows.

His recommendations for me were a little bit of filler immediately under the eyes and at the temples. This was priority number 1.

Priority number 2 would be some filler either side of the chin. I agreed, as I have aged I can see jowls appearing on either side of my chin. The filler here will help to even up the jawline upward from the ‘mid chin’ area.

The filler around the lower eyelids and the temples could last around 18 months. Either side of the chin could be around 8 or so months and then a follow up would give me another 12 months.

Dr Kane detailed the filler types he would use in the different areas for me, including a breakdown of the prices.

I mentioned to Dr Kane that I was considering having a ‘neck lift’ in the future, and asked how this would work with the injectables. He suggested that if I were to go ahead with this type of surgery I would need a couple of week’s downtime. He also suggested a small lower face & neck lift, but he still recommended having the chin fillers.

Bruce asked whether injectables amongst males were becoming more popular. He said yes, he’s aware of literature that indicates that is the case, however, normally men would make up about 5% of the client base for injectables, but his practice has 17% men on the books, and this figure hasn’t changed in the last few years.

Loved this consult with Dr Kane, he is a true master of his craft – he is the injectable “King” of NYC!