Dr. Colin Moore is not your average cosmetic surgeon. Dr. Moore has spent quite a few years working in Saudi Arabia, is an avid fan of collecting firearms, a competitive target shooter and is applauded and regarded as one of Australia’s best paediatric and cosmetic surgeons specialising in penile enlargement. We take a closer look at Dr. Colin Moore’s career and what inspired him to become a cosmetic surgeon.

Growing up in the Eastern Suburbs of Sydney, Dr. Moore attended Scots College and then Sydney University studying medicine. After graduating he went on to undertake his postgraduate training in the UK, America and Australia. He taught at the Anatomy Department of the University of NSW and then The Edinburgh Royal College of Surgeons, Alder Hey Children’s Hospital and Victoria Central Hospital. He is a member of the Fellow of the Royal College of Surgeons in Edinburgh in general and urologic surgery and a Fellow of the Australasian College of Surgeons in paediatric general and paediatric urological surgery and a Fellow of the Australasian College of Cosmetic Surgery in cosmetic surgery.

“As a Paediatric Surgeon I recognise the enormous overlap of the two specialties of paediatrics and plastics and as a trained Cosmetic Surgeon I work in an area that is also a portion of plastic surgery” explains Dr. Colin Moore.

When we asked why Dr. Colin Moore was inspired to be a surgeon he replied “This set of skills as a surgeon enables me to see instant results to my treatment regime. Surgery also enables me to apply my artistic endeavours to improve all of my patients by correcting abnormalities and or improving my patients aesthetics.”

For 12 years from 1970 to 1982, Dr. Moore was a senior lecturer in Paediatric Surgery at Monash University, Melbourne. Following his time as a lecturer he then went on to the Middle East working as Chief of Surgery at Tawam Hospital, Abu Dhabi which is the major teaching hospital for the UAE University. From here Dr. Moore went onto the King Faisal Specialist Hospital in Riyadh, Saudi Arabia.

On his return to Australia in 1993 he undertook a two-year training fellowship in Cosmetic Surgery with Dr. Robert Reid and following this, in 1994, he opened his private practices in both paediatric surgery and cosmetic surgery, practicing in Melbourne, Sydney and Brisbane. After 13 years Dr. Moore found it was best if he cut back to being based only in Sydney to reduce his travel time.

“My interstate and international patients seem happy to come to me including the six or so follow-up visits post op.” Says Dr. Moore.

To add to the list of many career achievements Dr. Colin Moore’s contribution to the establishment of The Australasian College of Cosmetic Surgery (ACCS) in 1999 is one of his best contributing assets to the Australian medical system. The ACCS is the most important not-for-profit fellowship based body in Australia for all who work in cosmetic surgery by raising standards and protecting patients.

“With a group of like-minded, well trained and experienced Cosmetic Surgeons I formed the Australasian College of Cosmetic Surgery in 1999, where I served as the Foundation President of that College. Once in 1999 and later from 2011-2013. During my first term as College President I represented the College on the NSW Government Committee of Enquiry into Cosmetic Surgery. I also helped to organise the surgical training program for the ACCS surgical registrars and I have been an active instructor and mentor for these training registrars for the past ten years.” Explains Dr. Moore.

Dr. Moore has also been elected councillor of the ACCS since 1999 and has convened the College CME program from 1999 to 2012.

But apart from all these contributions to the cosmetic and medical industry, Dr. Moore’s biggest legacy remains to be his work in the field of penis enlargements (also known as Phalloplasty) both in Australia and internationally. 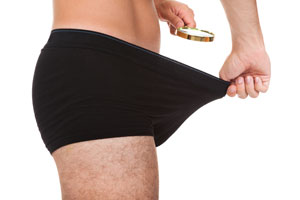 “My operation for penis enlargement was developed in two stages. The first stage was developed while I was a registrar, to treat children with micropenis.” Explains Dr. Moore.

“The second stage of the penis enlargement process came some ten years later when I had the chance with the help of the original patient’s local GPs, to review the first half dozen cases that I had done. It was then that I realised that the operation did not increase the erect length only the flaccid length (this is still true for those surgeons who persist with using the early technique today).

As a result I modified the lengthening technique to achieve increase in erect length and added in widening of the penis initially by fat injection which proved to be inadequate. Later I trialled dermal fat grafts which are excellent and are now the gold standard for penis widening.”

Dr. Colin Moore performs more than 130 penile enlargement surgeries a year, where he can perform both the lengthening and the widening procedures simultaneously if need be.

Dr. Colin Moore is highly regarded for his attention to detail and care throughout surgery and afterwards. Following surgery Dr. Colin Moore is available to his patients 24 hours a day, seven days a week. Each patient is given detailed instructions on how to contact Dr. Moore and he recommends that interstate patients liaise with their local GP but it is not absolutely necessary.

With Dr. Colin Moore’s extensive experience in the cosmetic and paediatric surgery industry, we asked his best piece of advice for anyone looking to undergo cosmetic surgery.