FAQ’s from Patients About Breast Enlargement by Dr John Newton

Over several years of performing breast enlargement I have obviously spent a lot of time addressing questions posed by women contemplating breast enlargement. The patients and their questions have varied over that time and, whilst a substantial number of the questions have a fairly consistent answer, other answers have had to vary according to the individuality of the patient. Let’s look at some of these FAQs from patients.

Will My Implants Be In Front Of Or Behind The Muscle?

Many women want to know this. They commonly only have an understanding based on their friends experience. What is done depends on your individual circumstances. Traditionally, there have been two planes into which the implants have been inserted. They are: in front of the muscle (prepectoral plane) and behind the muscle (subpectoral plane). 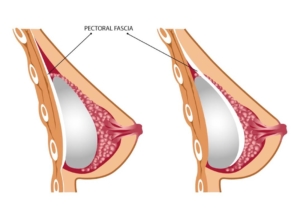 So which is the correct plane for you?

The aim of Breast Augmentation is to produce a natural looking, natural feeling breast enhancement, with minimal problems, both in the short-term and the long-term. In these respects, each of these planes has their pros and cons. In front of the muscle the surgery is generally less traumatic and the patient’s recovery can be quicker. In this plane the impact of the implant on the breast is very direct, often producing a fuller, more round appearance. If you are slim and if a largish implant is chosen, however, the implant may be obvious and indeed there may be an increased potential for dropping of your breast with the implant over time.

Under muscle there is an increased amount of tissue to cover your implant, which may be a distinct advantage if you are a slimmer patient and there may be a lesser tendency for the implant to drop.

The third plane, the subfascial plane is perhaps a combination of the best components of the two more traditional planes. Your muscle is not interfered with and its distortional effect is not present. It does however provide a smoother appearance of the implant on the chest wall than the submammary plane by contributing an extra, subtle, layer.

Once again, however, if a large or round implant or a saline implant is chosen, then the subfascial plane may not provide enough cover to adequately disguise the implant if you are a slimmer woman.

Whilst surgeons may have a plane in which they generally prefer to place an implant, the decision-making about the plane should be individually based so as to best match you and your implants. It should depend upon the amount of tissue available to cover the implant once it is inserted and it should relate to the size and the type of the implant chosen.

In short, if you have adequate cover to disguise the implant and if the implant chosen is not too big, then one of the planes in front of the muscle may be the preferred choice for you. The subfascial plane appears to offer some advantages over the more traditional plane in front.

If you are slim, with little tissue to cover the implant, or, if you choose to use a reasonably large implant, then behind the muscle may be the preferred plane.

The plain truth is that the plane into which the implant should be inserted depends on the individual and her implant choice.

Breast enlargement is a moderately traumatic operation and consequently there will be a moderate degree of discomfort post operatively. The variable in this is the positioning of your implant. Where the implant is placed in front of the muscle it is generally considerably less painful than when the implant is placed underneath the muscle. This disturbance to the muscle does make arm movement uncomfortable and in fact painful. Stronger pain relief will be required post operatively.

The perception of pain also varies from individual to individual. Obviously some of us are more susceptible to pain than others.

Will my nipples have Sensitivity?

Nipple sensitivity after breast enlargement surgery is unpredictable. There is no doubt that some of the smaller nerves running from the chest wall forward and into the breast tissue and subsequently into the nipple will be stretched or divided during breast enlargement.

In the immediate post operative period it would be normal for you to have some diminished feeling in the nipple. As time goes by, this nipple sensation often returns to normal. In some patients sensation remains diminished and may even be lost. In others when sensation returns the nipples may be far more sensitive than they were prior to breast enlargement.

It is generally true however that even when nipple sensation is lost, your nipples will respond sexually and respond to the weather. 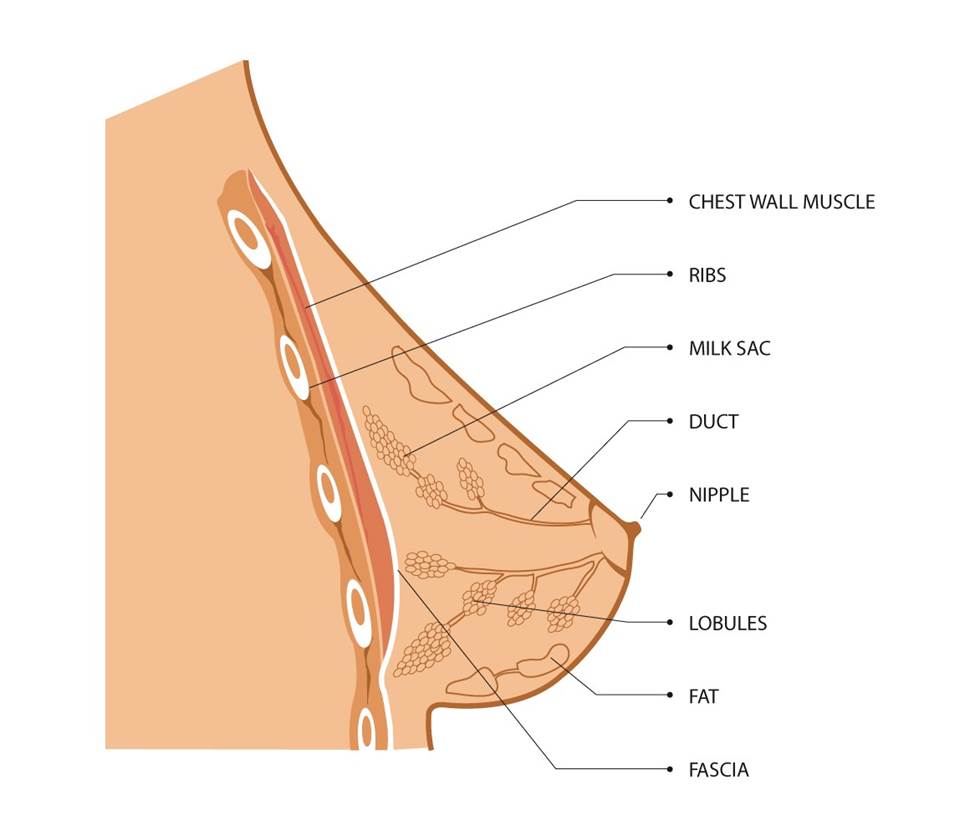 This is obviously a directly quoted question but the gist of the question is fairly common. For your breast enlargement to retain a natural appearance there are many factors to be considered. Factors which favour a natural appearance are primarily the amount of soft tissue present, including breast tissue and fat, which are specific to your individual chest, and which will cover the breast prosthesis. When there is enough of this tissue to cover your implant then a good and acceptable appearance can be obtained, whether your implant is placed in front or behind the muscle. When there is not enough of this tissue then it is appropriate that your implant be placed underneath the muscle. This allows more cover particularly in the upper part of your breast.

In 1996 shaped breast implants were introduced. These are what we refer to as tear drop shaped implants. These implants have an intrinsic breast shape and allow slimmer patients to have a more natural appearance than they might achieve with round implants.

The implants themselves are of a gelatinous nature and do have a feeling consistent with slightly firm breast tissue.

Will I look too big and will people know that they are fake?
Will they be big enough because I want everyone to know that I have had it done?

These two questions represent the concerns of patients with different attitudes to their implants.

I think the answer is a 2 part answer also.

The other part of this question however is that I feel that proportion is the single most important factor in determining the breast size. Undergoing breast enlargement, whilst still retaining proportion with the rest of your figure, will bring about a good result. A result that will make you look stylish and attractive and which will allow you to dress well.

Will I be able to breast feed?

With breast enlargement your breast and nipple complex is always left basically intact. You will be able to be produce milk and fed through the nipple without significant problems.

What if the implants break? Will I know?

This is a very complex question. There is no doubt that with time there is an instance of breakdown of implants. The instance is very low particularly with the new models of implants, which have a semi-solid jelly type silicon.

With the newer implants the probability of silicon getting out into your surrounding tissues is low. The concerns about the silicon spreading it self through the body and causing various problems have dropped away to almost zero.

As to whether you will know if your implants have broken down, the answer is unclear. It is probable that there are some patients who have had breakdown of particularly older runny silicon gel implants and who are completely unaware of that breakdown. They remain well and the breast appearance is good. Some patients do detect a change in their implants over time and indeed this may correlate with a breakdown of the implant.

Will I have to have my implants replaced every 10 years?

I don’t know where this question comes from, but it is one of the most frequently asked questions. The answer is No.

I believe that it springs from a time when more fragile older style implants were subject to a higher rate of breakdown. Modern implants do not fit with this picture and I believe the general philosophy these days, would be not to interfere unless there were a clear and evident problem.

You will have many more questions related to breast enlargement. It is very important that if you are contemplating breast enlargement that you insure that your questions are answered and answered to your satisfaction. Have a consultation with a specialist trained plastic surgeon and ask away.

Dr. John Newton offers a truly professional combination of high-quality care, unfaltering integrity, and excellent surgical results. There is no cosmetic surgeon in Australia more committed to the safety, beauty, and satisfaction of his patients. At his clinic in Warners Bay, Lake Macquarie, Dr. Newton’s work as a plastic surgeon involves procedures covering all areas of the body, including the abdomen, breasts, and face. His aim in every procedure is to produce results that highlight and enhance the patient’s natural beauty.