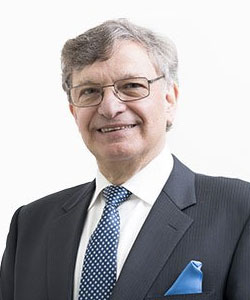 Fat Transfer to the breast is fast becoming an extremely popular technique for breast augmentation. We have some of the world’s foremost surgeons in this procedure, including Dr Allan Kalus of Avenue Plastic Surgery in Victoria. Dr Kalus has performed several hundred fat transfer procedures and knew the procedure would be popular, especially as the technique is improved and refined for better results. We pick his brain about Fat Grafting to the Breast.

Why Fat Transfer instead of Implants?

First, fat transfer is seen as a more natural option. You are using your own fat to increase your bust size instead of implants made out of a foreign material. Second, you get to take that fat from somewhere where you probably have a little too much, effectively getting two procedures in one.

Dr Kalus says, “It’s all about robbing Peter to pay Paul. The procedure simply consists of removing some fat by a process which is similar, but not exactly the same as liposuction, and then after preparing it in a special way, placing it carefully, grafting it into the breast tissue The process is known as autologous fat transfer. Autologous means that the fat has to come from the same person. Only an identical twin would be able to transfer fat between different individuals. Autologous fat transfer best describes the use of fat where we transfer it from one part of the body to the other.”

The other big bonus with breast fat transfer is that it feels completely natural because it’s your own fat and feels no different to how your breast would feel had you naturally been born with bigger breasts.

Breast Fat Transfer for Every Woman

Breast fat transfer is pretty much available to any woman. However, at the moment it’s generally more suitable for those who want anywhere from a one to three times increase in cup size. Any bigger, and you’re probably better looking at implants. Dr Kalus explains in more detail, “We’ve been refining it all the time so that the procedure we use now I think is a lot better than the one we used when we started 3 years ago. Not only that, the indications have changed. For example, we used to only treat patients that had an excess of fat, fullness of the thighs or fullness of the hips, and we knew we could take that and then transfer that to the breasts, but recently I’ve had some girls who are only 50 or 55 kilos and they don’t have really a lot of excess fat, but we’re still able to remove some fat from their back and the front of their thighs where they don’t really noticed it’s been removed, but it’s just enough to give them about a one cup size increase in breast volume.”

Dr Kalus has refined his technique to the point where he is able to get 100% survival rate on the fat he transfers into the breast. We asked him how he does this. “If we actually remove a litre of fat from someone, usually that means we’ll discard half of that, 500 mL, and have 500 mL available for fat transfer. That means about 250 mL per side, and if we do it in this way we pretty much will get 100% fat survival, but then it also depends on how the patient manages the situation in the first 2 or 3 weeks after surgery because doing autologous fat transfer is a little like sowing seeds in your garden. If you don’t fertilise them, they’re not going to grow. We learned early on that the hormone that is best suited for stimulating fat cells to grow is insulin, and the way you stimulate to grow insulin is to have a high carbohydrate diet. Now this is an anathema to most women, most women hate the idea of having a high-carb diet, but just for 2 weeks after surgery, a high-carb diet will raise your insulin and it’s the best way that we can ensure those fat cells grow.”

If you think you’d like to arrange a consult with Dr Kalus to see if fat transfer could work for you phone (03) 9521 1777. Or, to find a surgeon near you who offers the procedure go here, or to read more about Dr Kalus and fat transfer check out the blogs below: