I attended the Australasian Society of Cosmetic Dermatologists (ASCD) Symposium last weekend and one of my favourite things to do at these conferences is to catch up with some of my favourite industry peeps. Kerry Lynch from North Coast Medispa, actually down the road from me in Byron Bay, and I had a chat about Beauty Industry Guidelines, Before and Afters, Selfies, Ethics and Aesthetics. This is a must listen for any clinic and/or practitioners, as well as patients looking for before and after photos.

Trish: Hello, listeners. Well I’m here again with one of my favourite nurses, my favourite RN, which is Kerry Lynch from North Coast MediSpa. We’re actually at the Australian College of Cosmetic Dermatology Conference which is on this year. There’s some amazing topics and we’ve just come out of a topic that we sat through together. So, Kerry’s going to talk to us about it today. It’s about photo space, which is something a bit different. So welcome Kerry. 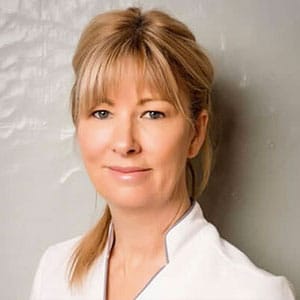 Trish: So tell us about photos.

Kerry: Okay. Within the industry, there’s lots of guidelines that say whether or not we can show before and after photos. But today, there was a conversation regarding the regulations and ethics around aesthetics. There was members here from AHPRA. There were solicitors and the talk was about whether or not we can actually use before and after photos. So, during the discussion it came up that yes, we can. It’s quite legal to use those photos as long as they are like-for-like which means the photos themselves have to be taken at a similar setting with no makeup and without the use of any filters or trying to produce something that is not quite what the consumer is seeing.

Kerry: Yeah, it is. One of the other things that I learned during that session, and the other session after was that the use of mobile phones is … a lot of the mobile phones have inbuilt technology to help the photos look better. So we’re not allowed to use those. We have to use proper camera equipment that don’t alter the image in any way.

Trish: Yeah. And that makes sense. As as the average person or patient going to have a treatment, I’m happy to use my phone because my phone is just for my own selfies. But going to a clinic, I want to actually see the proper before and afters done with a proper camera because as Woody from Clinical Image was saying, you’ve got to get your settings right. But there’s no way, no matter what they say, that an iPhone or a smartphone could be as good a photography, take as a real phone, which is what you want as a clinical image.

Kerry: Yeah. Well how it’s being described to me is that the iPhones are a digital imaging device and are not actually a photograph, so the pictures that they’re taking are automatically altered. Without you even knowing that, unless you’ve changed the settings. Some of the brands, like Samsung have an in-built. I believe the iPhone also has a setting in there. So none of those photos are actually real and they can’t be used for social media.

Trish: Yeah. So it makes sense if you’re looking at before and afters in the clinic, you want to look at one that are done properly with a proper camera as opposed to the smartphone ones because I saw the before and after that guy, where it looked like his nose had shrunk and it was actually just a different angle that the photo was taken and distance as well. It was amazing.

Kerry: Yeah, exactly. That explains why there’s been a big increase in the rhinoplasty surgery because the digital imaging devices, your iPhone, it takes a picture of the first thing it sees, which is your nose. So a lot of people think that their nose is larger than what it actually is. So again, people are getting that distorted image of themselves, which is a little bit scary.
Trish: Yeah, well that’s true because I keep saying My God, I could do with another nose job because-

Kerry: Your nose is fine.

Trish: I know. I think oh yeah, my nose is fine. But still I can totally understand how you look at your photos and you think, “Oh my God, that’s such a big nose.”

Kerry: Mm-hmm (affirmative). Exactly. I think one of the keys that we’ve learned is to not use your iPhone for before and after photos and certainly, it’s illegal to store any medical images on your iPhones as well. So that was interesting to learn today.

Trish: I liked as well that you’ve got to get consent to use a patient’s photos.

Kerry: Yeah, absolutely. You have to have a verbal and informed consent. So you need to write it and document that in your patient notes as well.

Trish: That’s awesome. As always, if you’re looking for a clinic that’s going to, number one look after you and number two, do the right thing and number three, appropriately qualified, you can’t go past North Coast MediSpa. They are in Lismore, Bangalow and are just about to be introduced into Byron Bay yay. Awesome. Well thank you so much for joining us today Kerry.