Why are men going under the knife?

It’s no longer the 80s, where it was considered strange for men to consider cosmetic surgery. Nowadays, culture has evolved to a place where youth and beauty are prioritised – yes, even for men.

Sure, there are still men who make you stare (or wince) when you see the sheer amount of cosmetic surgery that they’ve undergone: Michael Jackson, Bruce Jenner, Carrot Top or even Pete Burns – but then they can’t have decided to have that level of surgery without expecting the stares now, can they?

There seems to be no end of male celebrities who’ve have had something done to look better: both Wayne Rooney and Louis Walsh have undergone hair transplants, the notorious TV chef Gordon Ramsay had his chin done and tennis star Boris Becker had a facelift not too long ago. 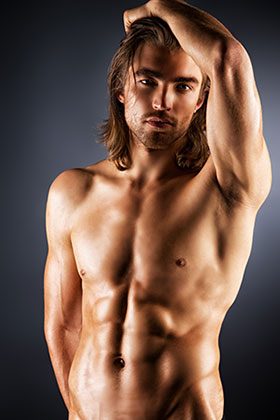 Over the past 5 years, the number of men undergoing aesthetic surgery is mushrooming. It seems women aren’t the only ones who hunger after flawless skin. The top five surgical procedures for men are liposuction, nose jobs, eye lid surgery, male breast reduction and facelifts – and there’s been a staggering 106% increase of guys getting surgery over 1997 to 2012!

We all know that men aren’t age-proof and although ageing on a man can make some look more dignified, for others changes can lead to low self-esteem and negativity that can take a toll on their mental and physical health.

With more affordable, state-of-the-art equipment, innovative, and less invasive forms of cosmetic surgery, more men are turning to procedures in an effort to look younger and feel more confident.

In a competitive job market, the need to portray the image of a ‘leader’ is key and some men use cosmetic procedures as a way of staying ahead of the game. Not only do they end up looking more put together, but that new confidence will work its way into performing better at work, to be more outgoing, or to just have a sunnier outlook on life.

That colleague you know for sure is in his early fifties but still looks remarkably well-rested and rejuvenated – what could be his secret?

It could well be facial surgery. For the time-starved big-time players in the corporate world, facial surgery can now be squeezed into the tightest of schedules – instruments have got smaller, so incisions are smaller – and heal faster.

Micro-liposuction can clean up a flabby jawline, which can look like a sack of potatoes due to excess of fat or sun exposure. That procedure takes just under half an hour under mild sedation, with absolutely no sutures and merely minor bruising.

So the next time you see a guy who looks too young for his mature years – he’s probably had some help.