Men and Plastic Surgery – Which procedures and non-surgical treatments are most popular? 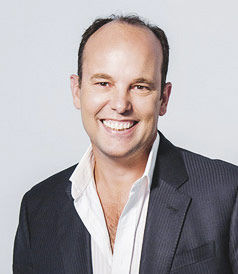 With Men’s Health Week from 11 – 17 June 2018 we thought it was appropriate to check out men and beauty – which male plastic surgery procedures and non-surgical treatments are popular. Beauty is no longer just a domain for women – more and more men are seeing the benefits of looking after themselves and getting a tweak here and there. We had a chat to Dr Jeremy Hunt, one of Australia’s most in demand plastic surgeons, about what men want when it comes to treatments and procedures.

There are several reasons why there’s been a massive increase in the number of men undergoing plastic surgery and non-surgical treatments; these include:

Dr Jeremy Hunt agrees that in today’s age men are just as concerned about their appearance as women. “They’re increasingly seeking plastic surgery and non-surgical procedures to improve how they look. This is particularly evident in a country such as Australia, where our harsh sun not only means that we often experience the effects of premature ageing, but also that we spend a lot of time exposing our bodies on the beach.”

What treatments and procedures do men have?

Dr Jeremy Hunt tells us that the most popular male plastic surgeries include gynecomastia or male chest reduction (“man boobs”) along with rhinoplasty but gave us his list of those procedures he commonly performs on men:

Dr Jeremy Hunt featured on the Channel 9 show “This Time Next Year”. He presented one of his male plastic surgery patients who experienced massive weight loss with a lower body lift. The patient received one of the biggest reactions from the audience because of his amazing body transformation. See that story here.