In 2009 when Europe’s largest medical laser manufacturer, Deka, began researching MonaLisa Touch it would have been difficult to predict just how much the treatment would revolutionise women’s health worldwide. Nine years on, and 30 published research papers later, the treatment is now recognised as one of the biggest advances in women’s health in decades.

If you are a regular reader of Plastic Surgery Hub you will know we like to get people talking about issues that other sites aren’t game to dscuss. And Genitourinary Syndrome of Menopause (GSM or also known as Vulvo-Vaginal Atrophy) is one of the big topics for post-menopausal women and many cancer survivors.

GSM affects around half of all post-menopausal women and over 60% of breast cancer survivors. That means that in Australia there are likely to be over two million women suffering the effects of GSM right now. The symptoms of GSM can include pain during intercourse (Dyspareunia), ongoing dryness or itching, recurrent infections, burning sensations and irritation, urinary urgency and incontinence, and feelings of laxity. Unlike other menopause symptoms such as hot flushes, GSM appears 3-4 years after menopause and will continue to get worse with time if left untreated. MonaLisa Touch is a fractional CO2 laser that treats GSM with a specially-designed laser pulse that is perfectly suited for treating the walls of the vagina. The treatment was launched in Australia by High Tech Medical in 2013 and over 60,000 treatments have been performed to date. MonaLisa Touch works by using a laser to deliver small dots of heat that stimulate the body’s regenerative processes to create more hydrated and healthy cells. In as little as 30 days after treatment the regeneration of new tissue in the vaginal wall builds a naturally stronger structure and the protective wall recovers volume, hydration and elasticity. Recent research on MonaLisa Touch is showing that as well as being a highly-effective treatment for GSM the laser is also proving effective for other conditions such as stress incontinence, lichen sclerosus and is restoring the balance of good bacteria in the vagina to pre-menopausal levels. 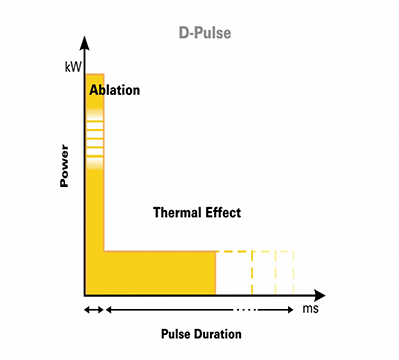 The reason Deka chose the CO2 wavelength for MonaLisa Touch is because it is the gold standard for fractional laser treatments and the heat that stimulates the regeneration of the tissue can penetrate deeper than other laser wavelengths. This means that MonaLisa Touch can achieve the best results with a treatment time of only 3-5 minutes and treat the tissue in a single pass, which maximises patient comfort and improves the safety of the procedure. Other laser wavelengths which are absorbed more superficially would take 15-30 minutes and require the laser to go back and forth over the tissue multiple times, making it more uncomfortable for patients and bringing in the risk of overtreatment of this sensitive area of the body.

The difference in laser emission goes a step further with MonaLisa Touch because Deka has designed and built a unique laser cavity (the part of the laser where the light is produced) and power supply for the laser. This allowed Deka to produce the MonaLisa Touch ‘D-pulse’, a laser pulse that begins with high energy to break through the surface of the tissue but then midway through the pulse the energy drops down to a lower level to deliver extra heat for longer to stimulate regeneration in the tissue. The result is the smallest amount of downtime with the greatest amount of regeneration. In addition to this Deka created the ability to ‘stack’ pulses on top of each other so without creating any more surface damage MonaLisa Touch can deliver heat even deeper into the tissue for greater rejuvenation. The MonaLisa Touch treatment is quick, convenient and requires no downtime. Patients can return to their normal daily activities immediately following a MonaLisa Touch procedure with the main post-treatment instruction being no sexual activity for five days. It usually requires three to four treatments and provides relief from symptoms for up to 18 months. One maintenance treatment every 12-18 months is then required to retain the full benefits. The treatment can be used with or instead of hormonal therapy such as topical estrogen creams and is suitable for women who have had cancer treatment.

In addition to providing a new treatment option for women it is fair to say that MonaLisa has encouraged a whole new discussion on the very important issue of vaginal health. Previous surveys of post-menopausal women have suggested that few will discuss GSM with their health care professional. The reasons women give for not discussing their symptoms with their health care providers included the belief that the symptoms of GSM were just a natural part of aging and something to live with, they were embarrassed, felt that the topic is not appropriate to discuss with an HCP or were unaware of potential treatment options for their symptoms and thought that nothing can be done. Thankfully now MonaLisa Touch is providing both a lasting solution for women and helping women to feel comfortable talking about this important issue.

MonaLisa Touch is available through gynaecologists and women’s health doctors throughout Australia and New Zealand. For more information visit www.monalisatouch.com.au

WHERE THE SURVEY ON WOMEN’S VIEWS ON GSM CAME FROM:

Patient knowledge of VVA was investigated by Kingsberg et al in their 2017 paper “The Women’s EMPOWER Survey: Identifying Women’s Perceptions on Vulvar and Vaginal Atrophy and Its Treatment”. They found:

In the 2013 CLOSER (CLarifying vaginal atrophy’s impact On Sex and Relationships) survey of Australian women and their partners it was suggested:

Women surveyed in the European REVIVE study by Nappi et al (2016) rated impacts on their sex life and relationships with their partner as a significant concern. These were interference with:

The next group of concerns were related to Quality of Life and were impacts on:

Women also reported that VVA symptoms made them feel: