The team behind Plastic Surgery Hub was thrilled with the international recognition it received in October, 2020. The popular Australian-based website was named the winner of a Bronze Stevie® Award in the Media – Website Blog of the Year Awards Category in the 17th annual Stevie Awards for Women in Business.

This award is a worldwide recognition, with The Stevie® Awards being acknowledged as the world’s premier business awards. The Women Around the World award ceremony – and those who receive awards will – for a first time – be recognized during a video-linked virtual event. The Winners of The Stevie® Awards for Women in Business including Plastic Surgery Hub will be celebrated during a Covid-19 safe virtual awards ceremony on Wednesday, December 9, 2020.

Based in beautiful Byron Bay, NSW, Plastic Surgery Hub has grown to become a unique and valuable voice and source of information for anyone considering plastic surgery and other allied health and aesthetic treatments. Always promoting the highest standards and only the most qualified practitioners, Plastic Surgery Hub has earned trust as a reliable source of information within this fast-growing industry.

On October 2, 2020 the website has earned the international award, as the winner of the Bronze Stevie® Award in the Media Category. This award acknowledges – on an international stage – the value and professionalism of the Australian platform. Importantly, the award also salutes women in business.

The Stevie® Awards for Women in Business honours women executives, such as Plastic Surgery Hub’s Trish Hammond. Maggie Gallagher, the president of the Stevie® Awards, stated; “In a year like no other in our lifetimes, we’ve produced a cohort of amazing, Stevie® award-winning women, organizations, and achievements like no other.”

There were more than 1,500 entries for the Stevie® Awards – each submitted for consideration for this year’s prestigious awards across more than 100 categories. Some of these award categories include the following: 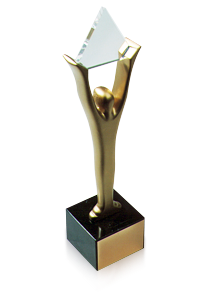 About the Stevie Awards

Stevie® Awards competitions receive more than 12,000 entries each year from organizations in more than 70 nations.

For further details about the Stevie® Awards for Women in Business and the list of Gold, Silver, and Bronze winners in all categories are available at: www.StevieAwards.com/Women.

We are so excited to announce that Plastic Surgery Hub has been named the winner of a Bronze Stevie® Award in the Website or Blog of the Year category in the 15th annual Stevie Awards for Women in Business.

The Stevie Awards for Women in Business honor women executives, entrepreneurs, employees, and the companies they run – worldwide. The Stevie Awards have been hailed as the world’s premier business awards.

Nicknamed the Stevies for the Greek word for “crowned,” the awards were presented to winners last week during a dinner event attended by more than 550 people at the Sheraton New York Times Square Hotel in New York City. The event was broadcast via Livestream.

Gold, Silver and Bronze Stevie Award winners were determined by the average scores of more than 200 business professionals around the world, working on six juries.

We are very proud of the achievements we have made here at Plastic Surgery Hub: first and foremost being a resource and support for women and men looking to undergo plastic surgery and non-surgical procedures. Our team works hard to work with plastic surgeons, practitioners and patients to provide a service that would otherwise be lacking in this industry and it wouldn’t happen without the hard work of everyone involved. So, congratulations to our team, and a big shout out to all our supporters including our patients, surgeons, practitioners and everyone else!

Details about the Stevie Awards for Women in Business and the list of Finalists in all categories are available at www.StevieAwards.com/Women.