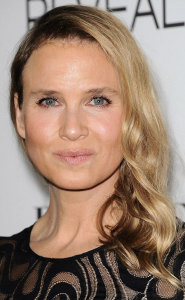 Woah Renee is that you? I’m confused because my brain can hardly recognize you and I’m starting to think that maybe it’s just a Halloween trick and you have dressed up in costume way too soon?

But no, Renee Zellweger was not dressed up in costume when she caused quite the controversy by stepping out in her new look at the Elle Women in Hollywood in LA on October 21st.

This new look includes what Dr. Stuart Linder a Beverly Hills Plastic Surgeon speculated to ET online as both a facelift, neck lift, a blepharoplasty procedure and what looks like Anti-Wrinkle Injections – “As there are no wrinkles on her forehead whatsoever” Dr. Stuart Linder explained.

Dr. Linder’s assumptions are purely assumptions. Although it is obviously evident that Renee has indeed opted for drastic plastic surgery since we last saw her in the public eye around 2013, Renee released an exclusive statement to People magazine mentioning nothing of plastic surgery changes but rather she is very happy in her life now and that’s why she looks different. 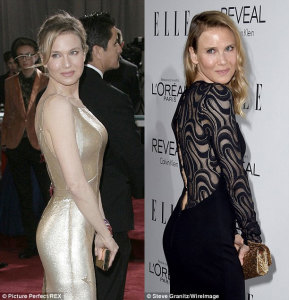 “People don’t know me [as] healthy for a while,” says Zellweger. “Perhaps I look different. Who doesn’t as they get older?! Ha. But I am different. I’m happy.”

This may be the case but it still raises our continuous debate on why the secrecy on admitting to plastic surgery when it is such an obvious transformation? Is plastic surgery still such a taboo subject in our society?

We would love to know what you think. Should Renee just admit that she has opted for plastic surgery and do you like the new Renee?