Shae is 36yrs old and has three kids ranging from 8 to 12yrs old. They were all big babies – over 4kgs (9lbs) each! – and Shae weighed in at 108kg when she had her youngest. With some hard work she managed to drop down to 70kg, but no matter how hard she tried, she just couldn’t budge the huge amount of skin overhang. She tried personal training, dieting… she felt like she’d done it all. Shae had never worn bikinis, “I’d never had the body for that”, she used to believe, and with her confidence getting less and less, she decided enough was enough. It was time to look into having plastic surgery.

Shae decided to see two surgeons. She booked in with her first surgeon, which was NOT a great experience for her – “He was potentially the most (disrespectful) person I’d ever met in my life. He pinched my skin around my body so hard that I had red marks. He said I was never, ever going to be happy and I was never going to be slim and I’d need more than one surgery. He said I needed a full body lift. I asked if I could just have a tummy tuck but he said, ‘No, it won’t work on you’. He said, ‘You need to pull all that skin and fat away from you.’ He said that after the surgery, I wouldn’t be able to walk upstairs, I wouldn’t be able to go to the toilet by myself, so I’d have to organise all that. I walked away from him feeling “why bother?”. He just told me how fat I was and that nothing I can do is going to make me happy. It was horrible.” 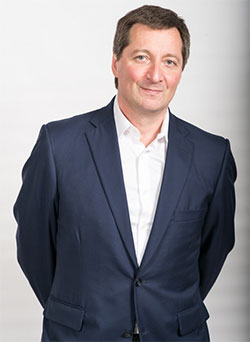 After she recovered a little from her first highly unpleasant consultation, Shae decided she might as well go to the 2nd surgeon she had a referral for, which was Dr Craig Rubinstein from Cosmetic Surgery for Women in Hawthorn, for a second opinion. “I had my report from the other doctor with me. The minute I saw Dr Rubinstein, nothing was an issue. He talked to me like I meant something and what I was saying was important. I told him what the other surgeon had said. Dr Rubinstein told me that there was no way he would do a full body lift on me because I didn’t need it! He said a tummy tuck, a bit of lipo, and it would be fine.

Shae said that she had also been speaking with the Patient Advisor Donna from CSFW on the phone. She says that Donna was her support person and without her she might not have had the confidence to go through with the procedure. She asked Donna about the pain involved and other things that she had been worried about. Shae says Craig’s nurse Kate was also amazing. “I can’t say how many times I went in to see her, speak to her, because there was still a chance I was pulling out of this surgery. I had in my mind that the first doctor had said this, so how could Dr Rubinstein make me better when the other one was so adamant he couldn’t?”

So, the day of Shae’s surgery came. She says she was still ready to walk out. “I didn’t think I could do it – it’s a lot of money! There’s the family holiday… I’d taken so much away from my family because in my eyes I didn’t think I was worth it.

“Craig came in and I was petrified. He took his time and asked me why I was nervous. He talked me through the whole process again and what they were going to do, then the anaesthetist came out and spoke to me – all just putting my mind at ease. I also had my children there so I had to try and pretend I was not scared – that this was easy. I don’t pretend at anything!”

So Shae had her surgery. She said she woke up and felt fine! Her husband was there and she asked him to have a look because she couldn’t. “He said it looked great!” Shae tells us she had an idea in her mind about how bad it was going to be and for her it wasn’t. She wasn’t even pushing her endone (painkillers) pump because she didn’t need it. She even got up to go to the toilet that first night.

Shae says the thing that was a challenge was understanding the “no-bend” thing (surgeons give explicit instructions after surgery to help with healing). Although she even managed to have a shower the day after the surgery. “That was hard and I felt pretty faint but I just did it and from there I just recovered really well.

“I asked one of the nurses to take a photo of me. I was bruised but the transformation was amazing. I looked at the photo and I thought that’s not me. I cried. It was a total shock. Craig came in every day I was in the hospital. Craig’s nurse/secretary Kate would also come in and talk to me. She was great – I could just talk to her about how I was feeling. She told me I looked amazing and couldn’t believe how well I was standing or how well I was looking.”

Shae says she was pretty much off all medication from day two. She took the panadol because she was told to take it. “When they gave me one endone I nearly went through the roof so they changed me to tramadol. I had a tramadol the day I left – only to get me in the car. I remember walking around the hospital and I saw Craig. He must have been visiting other patients or something. I saw the stairs and in the back of my mind I thought I was not going to be able to get up there. So I did them anyway and they were a breeze. I walked past Craig and he said, ‘I can’t believe you’re standing up so straight.’”

Shae was in hospital for six days. She says she could have gone home after two but wanted to look after herself properly so she stayed in. When it came to getting in the car to drive home from the hospital Shae says it was a bit of an effort, but once she worked out how to do it it was ok. She says the 20 steps to her front door, then the 30 something to her bedroom were also ok! Her husband went to work the day after she got home from the hospital.“He’d help me shower, and then he’d take me downstairs and then I’d stay in that part of the house until he got back. We’d have dinner and then I’d stay there until bed, when he helped me get back up. “When I had my 1 week follow up appointment (next day after I got home from hospital) they couldn’t believe how well I was healed and quickly. If I wasn’t sure about something I’d message Kate. She’s amazing. She’s the most loving person. Nothing is a drama – she’s just there – you can email her, phone her, anything. She is just the most beautiful person.”

Shae tells us that six month post op she feels amazing. “Every time I go in to see Craig and his team they make a point of calling up my before photos, and I can’t believe that was me. I bought my first pair of bikinis for Christmas which I’ve actually worn, and I’ve never, ever done that before. If someone asks me if they should do it themselves, I wouldn’t hesitate and say ‘yes!’, because the way it makes you feel is amazing. I was surrounded by a great surgical team – Donna, Kate and Craig…

“I’ve now lost weight since my surgery – If anyone is thinking about it seriously, go and see Craig because once you see him it’s all made up for you – your mind is set – he makes it easy. I don’t think there’s such words as ‘You can’t do this’ – because you can.”

We think you’ll all agree that Shae looks simply gorgeous and her results are amazing.

If you’d like more information on tummy tucks or the wonderful Dr Craig Rubinstein check out the blogs below.

If you’d like more information about Abdominoplasty Tummy Tuck or any procedures, you can contact Dr Craig Rubinstein at Coco Ruby Plastic Surgery  or check out hise blogs