Vaginal Mesh Implants – was it a disaster? Is there a solution?

Approximately 300,000 women have had vaginal mesh implants. Also known as a pelvic sling, bladder mesh, or transvaginal mesh, the vaginal mesh support system was intended to treat pelvic floor damage and used to help with pelvic organ prolapse as well as urinary incontinence. The question about Vaginal Mesh Implants – was it a disaster? Is there a solution? Well, it is now known that they can cause serious internal injuries. These vaginal mesh patch implants are failing in women across the world and lawsuits are being filed. 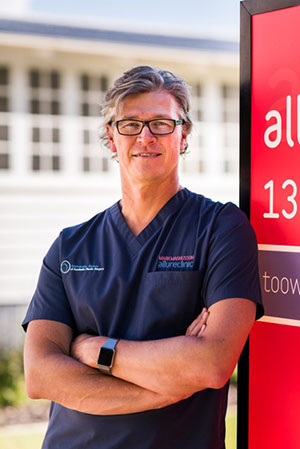 According to Dr Mark Magnusson, founder and director of Toowoomba Plastic Surgery and Allure Clinic, and now also available through the Esteem Medispa on the Gold Coast, women don’t like to discuss issues like vaginal atrophy and dryness or urinary incontinence with anyone and don’t have much understanding about the treatment options that exist. We’ll come back to those other options in a minute. First, let’s look closely at the problems of vaginal mesh implants.

In 2010, researchers stated that they had to cease a vaginal mesh clinical trial early because of the higher-than-expected number of complications and injuries. Based on the numerous reports on serious internal injuries, the US Food and Drug Administration (FDA) issued a vaginal mesh warning to patients and physicians in 2011, cautioning that the risks of using vaginal mesh are so severe that alternative treatments should be considered. As a result, it has been found out that in most cases, pelvic organ prolapse can now be treated without the use of vaginal mesh.

More than 700 women who now live in excruciating pain and suffering from terrible side effects from the vaginal mesh implants, are among those who instigated a class action against global healthcare giant Johnson & Johnson. According to Rebecca Jancauskas from Shine Lawyers, around 8,000 Australian women are already suffering from the implants, which include the mesh or tape eroding through, and into, surrounding tissue and organs, as well as incontinence, infection and chronic pain. The class action is about righting the wrong against these women, who will suffer pain and complications for the rest of their lives.

In five years, the only option for women in Australia who are experiencing vulvo/vaginal dysfunctions such as pelvic prolapse or urinary incontinence, or dissatisfaction with the appearance of their genitalia (eg. labia), was through surgical intervention. But unfortunately, there were other internal issues that were not even treatable with surgery. These hormonal problems such as vaginal atrophy and dryness can have a profound impact on a woman’s sexual identity and intimate relationships.

Surgery such as vaginoplasty and labiaplasty may be done as an alternative to vaginal mesh implant surgery. There are also non-surgical options that can help.

Dr Mark Magnusson has been working on trials with ThermiVa RF vaginal rejuvenation technology, a radio frequency device and has been regularly performing the treatment to a wide range of suitable candidates. The long lasting effect of the new collagen production in the treatment can take up to three months after the third and final treatment to be completely noticeable. So far the results this treatment can achieve can be completely life-changing.

Follow our blog for a ThermiVa real life story coming up soon, and If you’d like to make an appointment to see Dr Magnusson click here or phone 1300 662 960.