Dr Mendelson: Hello. I’m Bryan Mendelson, a plastic surgeon from Melbourne. It’s a pleasure to be here today to talk with you.

PSH: Can you tell us about the difference between a good facelift and a poor facelift?

Dr Mendelson: The difference between a high-quality facelift and an ordinary facelift, there are several components. One is, and the most important overall thing is that it doesn’t look as though the person’s had a facelift, they just look fresh, well for their age. That’s not so easy to obtain because there is a tendency to overdo pulling, for example. The public think they can always pick a facelift. The reality is nearly all the patients that I do a facelift on will say, “You know what? No one has picked that I’ve had the facelift.” I’ll say, “Well, do they give you a compliment?” “Oh, they will say I’m looking well.” That’s really the best compliment you can have.

Now, there are cultural differences in different parts of the world. For example, in Los Angeles, if no one picked you had a facelift you would feel like you didn’t get a good result or Brazil, for example. In more sophisticated areas or culturally sophisticated, there’s not the want to be seen to have had a facelift, which is a status symbol, for us it’s just like a stigma.

Then you look at what is it about the face that’s detectable. Well, disproportionate tightness in certain areas, the windswept look which a good facelift just doesn’t do. Visible deformities like pulling earlobes is a classic thing or the neck underdone for the rest of the face or even overdone. Like, in California, some surgeons tighten the neck more than is natural for someone of a certain age. Usually with a good facelift you’re going to turn the age back eight to 10 years for someone in their late 40s or 50s, not someone in their 30s, otherwise they’d be looking like an infant. 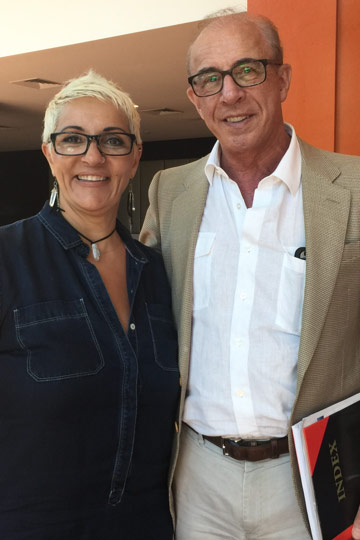 Now, the other thing where patients worry, “How do I know you’re not going to unintentionally pull too tight?” The way to describe that is it’s to do with a technique of surgery. If the surgeon lifts the skin and pulls the skin tight it’s like pulling a piece of elastic. You tend to thin the skin, and pulling it tight often is necessary to get a good and lasting result but the more anatomically correct way of doing the surgery is to tighten the support layer which is … The function of the support layer is to support the skin so if you take the laxity out of the support layer the skin will look toned rather than stretched. Using that technique of surgery, it’s really impossible to be overdone there so you do not have to worry about the windswept look.

I give the analogy it’s like laxity of a chain, a chain necklace, you tighten it until there’s no more laxity and there’s no point in tightening it any more. The key question is what causes the ageing process because it’s a universal thing. Amongst all humans we can, always wondering about people’s age. Whereas if you’re an animal like your dog the only way you can tell a dog’s age is by its behaviour, if it’s acting like a puppy or an older dog and maybe some grey hairs. It doesn’t have the expression on the face of looking tired as humans get with ageing.

The question is what causes it? Discounting skin ageing with is environmental factors like some and other factors like that but there’s a loss of the bone structure on the face. I didn’t realise that until more recent years, particularly the bone around here and maybe some there a little bit along the jaw. As soon as you lose volume on the face the tissues are less tight. If someone loses weight, particularly if you notice it in someone a young age, they just don’t look quite the same. Then once there’s less volume there tends to be a bit of sag. Then when you move the muscles of your face with expression you’ll see older people when they smile, their smile lines, there’s so many more than there used to be. What’s happened with the sag, so the top of the cheek is sitting a bit lower. When they start smiling instead of smiling from there up they’re smiling up there, the ageing, before they start the smile lines so restoring volume is important.

Some people have fillers as we all know. People who have not lost very much volume yet, a little bit of filler is beneficial. Unfortunately, with more ageing, the fillers become less satisfying and less effective. The loss of volume is partly the bone and partly the soft tissue as well. Then sometimes the loss of volume is come from the sag because with the thicker tissue dropping down it’s lower down on the face and therefore it’s thinner up here. There’s a vicious cycle tends to occur, perpetuate, with more movement, more loss of volume, more thinning of the tissues. Obviously, the key to surgery is restoring the structures to the correct position on the face, restoring the volume of the bone of the face, then restoring the volume of the soft tissue and then it looks natural.

It’s a great cause of anxiety for many people about first day back at work because they’re so worried it’s going to be detected. If they prepare for that which firstly is having sufficient time. I would always encourage someone to put off the surgery until they have the time so that they can enjoy the recovery. The recovery enjoyment or how you feel about it is going to determine your satisfaction with the whole process. If the facelift experience was a good one you’ll always be happy about your appearance rather than you have to struggle because you didn’t have enough time. If you only had three weeks off, well two and a half weeks after surgery you could be looking in front of the mirror and thinking, “How on earth in three days is this going to look natural?” Very important, yeah.

Afterwards is so important and people can’t really discuss this with family members, particular husbands, they really need a good support network. Because they’re not going out to coffee with their girlfriends and others they haven’t got the normal chance to communicate and be part of the world. In the office we’ve got outstanding staff who really love what they do in supporting people. The nurses are really outstanding. I’m always being told, “Never let her go.” Then also we have the physiotherapist, Joan, who does lymphatic drainage and ultrasound. She’s been with me for 30 years, she’s wonderful. Also, she’s experienced so she knows that people are going through and they can chat.

Then we have the skin care specialist, Natasha, who just put the hands on the face because people for weeks haven’t been able to do that. Just to have, knowing someone else is doing it really helps. Then we have the heal light which is LED light that speeds up the rate of healing. It’s nice to know everything is working to support you rather than you having to look out for your own needs which tends to be what happens when people have surgery in overseas places. They’re staying in a hotel and they’re told to come back next week and it’s too much, they need constant support.

I hope this information is helpful to people who were concerned because they didn’t know enough about it and have pre-conceived ideas that might have been incorrect that was discouraging them. Information, it is really important to have information because so much of the fear is because of misinformation. We have outstanding patient advisors in the office. People are most welcome to call my office and come along and speak with a patient advisor, which we don’t charge for that. That’s a complimentary service because that will help people know whether it’s right for them. They can ask questions that they may be a little embarrassed to ask the surgeon. Just nice to know and be reassured. Then if the patient advisor, Jilda or Jennifer, feels that they can help then often they’ll expedite the patient to come to see me a little sooner because they get priority care. Thank you so much for this.